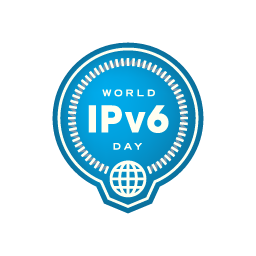 While Internet Protocol version 6 is in fact more than 15 years old, World IPv6 Day, a 24 hour test flight day on 8 June 2011 has motivated a lot of different organizations to get ready for IPv6, or improve their already existent IPv6 support. Major content providers will enable IPv6 for their websites that day, network operators and hosting companies have been working to provide IPv6 to their customers and operating system vendors like FreeBSD have been improving IPv6 support. You can find more information about World IPv6 Day on The Internet Society’s web page www.worldipv6day.org.

You and FreeBSD on World IPv6 Day

What is special about that day for FreeBSD you might wonder? Indeed, with the help of the community, FreeBSD has been serving releases on IPv6 since 2003. We have our major infrastructure like www.freebsd.org IPv6 enabled since 2007. FreeBSD itself has been supporting IPv6 since the 4.0 Release for over a decade now, using the KAME based reference implementation.

Nonetheless there are things we can do during that day:

Join us for World IPv6 Day, spread the word, to help improving IPv6 support in FreeBSD even further!

What is this IPv6 thing?

Please see the chapter on IPv6 in the FreeBSD Handbook for an explanation.

Do you provide IPv6 connectivity?

FreeBSD is an operating system, not an Internet Service Provider. There are multiple ways to connect to an IPv6 network with FreeBSD however:

to just name a few.
Please see the chapter on IPv6 in the FreeBSD Handbook for more information.

I have problems getting IPv6 to work on FreeBSD. Can you help?

Most likely. If our documentation did not help you, contact us. See the previous section on how to best do that during World IPv6 Day.

Why is IPv6 not enabled by default?

IPv6 has a mandatory link-local address. In times where many people are also using FreeBSD on their mobile computers and joining random networks the services they started would be accessible by other people on the same network. This may also happen if they only started the services for IPv4 and are not aware of IPv6 at all, do not have tcp-wrappers or a firewall in place. To not put people at risk, IPv6 is disabled by default on FreeBSD.
However we already provide support for you to configure it from our installer and it will automatically start to work as soon as you configure an interface for stateless address auto-configuration (SLAAC) or with a static IPv6 address as it has been available in all default configurations we have been shipping since 4.0 Release.

Do you have a desktop version as well?

FreeBSD comes with a huge collections of ports that allow you to install a graphical user interface and window manager of choice. FreeBSD however does not ship with a graphical desktop preconfigured. Other FreeBSD derived projects like PC-BSD however do an excellent job there.

I have reported a problem but it is not fixed yet.

We are sorry that this is the case. If you have submitted a bug report it is not lost. FreeBSD is developed and maintained by a large team of individuals and there might have been other things we worked on to improve FreeBSD.